Performing Without a Net at Blissdom '08

My spam folder is full of emails with the phrase "sexually active blog."

They aren't spam.  They are women quoting me from BlissDom 08. 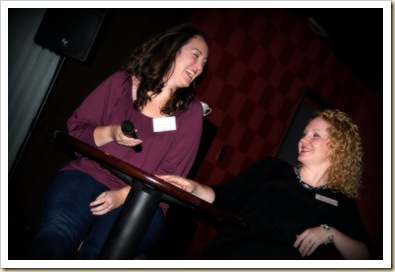 So, yes, it was fabulous.  Fabulously eccentric, rich, and entertaining.

(ahem, this would be a good time to state again that Blissfully Domestic is not affiliated with Velveteen Mind, as they aren't the "sexually active blog" kind of foul-mouthed girls I embrace over here...  wink wink)

My second blog conference, Blissdom was hosted by Blissfully Domestic and sponsored by Epson and One2One Network.  I can not encourage you enough to attend the next conference you can wrangle.  Too much fun, too much information (oy! the brain!), and too much opportunity to pass up.

Too much encouragement to let slip by unembraced. 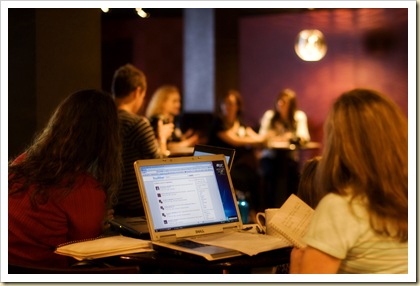 After BlogHer San Francisco, my single complaint was that most of the information offered in the sessions was content I could have Googled.  I was looking for more personal experiences to be shared, less how-to information.

Why waste the little face-to-face time we have with each other by detailing instructions and explanations we could just as easily look up on our own time?

Yes, having someone explain it in person is far superior to Googling a complicated list of instructions, but with limited time, I'd rather get my hands on the intangible that my computer monitor can't seem to convey.

Sitting in front of me is an insanely awesome printer from Epson, the sponsor of BlissDom 08 in Nashville.  Rather than run down all of the intuitive functions and utilitarian features of the Epson Artisan 800 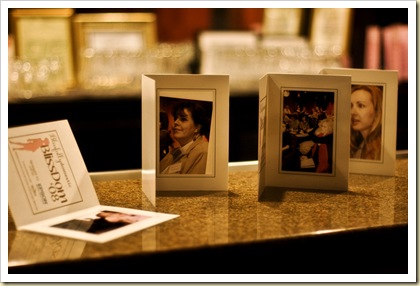 wouldn't you rather hear why  it is important to me to hold physical prints of photos in my hands vs. seeing them in their digital form only?  Isn't it more engaging and illuminating to know about my deep-seated need to have high-quality photographs surround me, which I can now print from home thanks to Epson?

You can Google the features.  You can look up the functions.

But Google can't tell you why I needed a printer.  Yahoo can't convey the simultaneous freedom and control an all-in-one at my fingertips 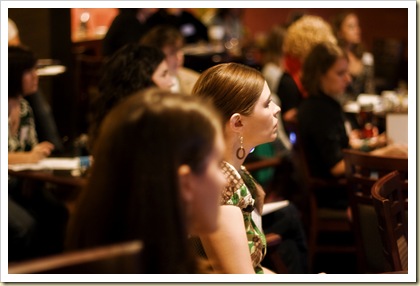 as a work-at-home mom with a self-sabotage bent, fueled by procrastination.  How I need all the tricks I can get my hands on in order to make it through the day.

That was BlissDom.  It was the why, more than the how.

But there was more than human stories being shared.  It wasn't all touchy-feely.   More experienced bloggers approached me after panels and marveled at the "proprietary secrets" being shared.  So often I heard, "the new bloggers here have no idea the value of what they are hearing.  No one shares this stuff.  It's astounding, the openness."

And it was astounding.  You just had to scratch the surface, let the first drop of earth-bound honesty fall, and a river of transparency flowed.  No one was ashamed.  No one was overly proud.  It was what it was.

And then there was me.  Babbling and man-handling the mic.  Possibly cursing and comparing our blogs to geeky virgins that might consider at least trying to look like we are gettin' some.  When, in fact, we've never kissed a girl/ received a comment. 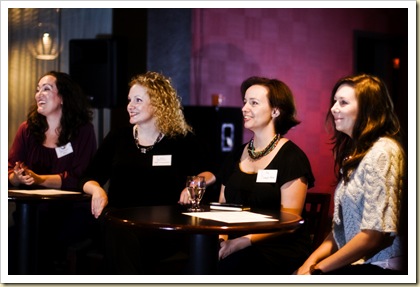 Not one of you has a photo of me double-fisting it?  For shame.  ;)

So back to that email inbox.  The emails that made it past the spam filter are mostly requests for further explanations or repetition of some of the points I hit along my mic-hogging.  First of all, if you missed BlissDom, you shouldn't have.  Second, you'll have another chance in February, so get on the ball.  Third, yes, I'll repeat and expand on some of what I tricked you into thinking was valuable or interesting.  As well as most definitely touch on some impressive women I met.  Soon.  So be sure you are subscribed so you don't miss my haphazard updates. 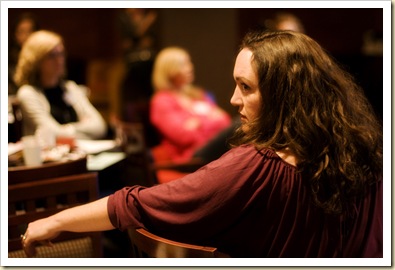 me.  I learned lots of tricks and tips, most of which I will probably continue to ignore and which I encourage you to ignore, as well.  Why?

Because it is infinitely valuable to know how to be "successful" and to willfully define your success by other means.

Blog conferences shouldn't be about scaring the pants off of you with everything you aren't doing right or aren't doing at all.  They shouldn't discourage you by suggesting that you'll never catch up and never compete.

Call it "willful suspension of disbelief."

I know how movies are made; I know Superman can't fly.  But it's so much fun to throw yourself into it and ignore the wires, once they are in place,  just because you can.

I know the wires are there.  Sometimes I can feel them more than I'd like.  I've checked and double-checked them for reliability.  They are functioning just as they should.

Be sure to click on the images to check out the flickr streams of BlissDom attendees that had the sense to take their cameras out of their bags.  Ahem.  Special thanks to Secret Agent Mama and Mommin' It Up.  People, click on their links or they'll never let me steal photos again.

New Here? Sign up for free delivery of new posts via feed reader or email.

In Denial, er, Under Construction 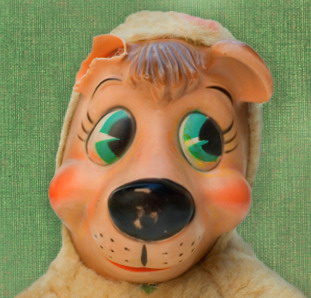 I'll be doing some design tweaking today, so bear with me.

This is also a massive procrastination tool because I have a really difficult post I'm trying to write and actually publish, so this makes it feel like I'm working on it...  which is clearly a lie.

So yeah, watch all of the pretty color changes and sidebar destruction today.  It's like a live-action demonstration of my coping skills.

This question was posed recently in the blogging community by a tenacious new blogger, trying to find her foothold in parenting blogger circles.

This is actually an amalgam of questions posed by a variety of up-and-coming bloggers (oops, a reader pointed out that "upstart" can also mean arrogant, sorry there), all openly researching the top blogs in their chosen genre, trying to pin down what defines their success.

In doing their research, these new bloggers began to notice not only what defines the success of the old guard, but also what signals the beginning of their decline:  the introduction of self-awareness.  Specifically, the self-consciousness of being observed.

One of my very first blog posts was Shrouded Audience Revealed.  Through years of keeping journals, I became aware that even though my journals or diaries were entirely private, books stashed away for none to find, I was never able to write as openly as I wanted.  On some level, I always expected my entries to eventually be read by someone other than me.  The hackneyed Emily Dickinson.

Blogging removed the shroud from that imagined audience.  And it changed the way I write.  For better or worse.

We all try to deny this self-awareness in our writing, but it is there.  We consider our audience now.  Even if just a tiny little bit.  Perhaps in a moment of hesitation before we hit publish on a controversial topic.  An occasional second thought.

I had one of those second thoughts this morning.  I sat down to write a post  to share the news that I would be attending and speaking at BlissDom in Nashville on October 18.  But then I thought: 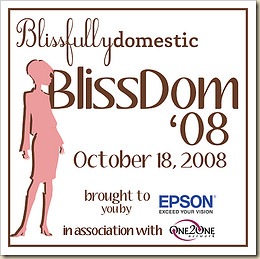 "This isn't 'news.'  It's just information.  And who the hell cares, anyway?  Am I suggesting that there is someone out there that might decide to go to BlissDom because Mrs. Fancypants here is going to be hogging the mic?"

The true point is that I'm excited about 1) being invited to speak at all and 2) having one-on-one time in a small group of people that I either haven't yet met or didn't have enough time with at BlogHer.  I can't wait and genuinely hope that you'll be able to make it, not to hear me, but just to visit.  Bliss.

This brings me back to that original question:  How can we claim that we are the same, writing about our everyday mundane, when blogging has changed our lives or at least has the potential to do so?  For instance, I am traveling over 8 hours one-way in order to not only meet other bloggers (a subculture I once considered marginal and geeky but now see as increasingly mainstream and ingenious), but to speak to them.  And they might even want to hear what I have to say.  About blogging.

And part of this engagement involves writing about it.

Blogging can be like any other job.  Of course it infiltrates your life, just as your job should.  But when your "job" is to write about how your life is like everyone else's, and then that job changes your life, where does that leave you?

The following is best read as one giant run-on sentence, for full effect... 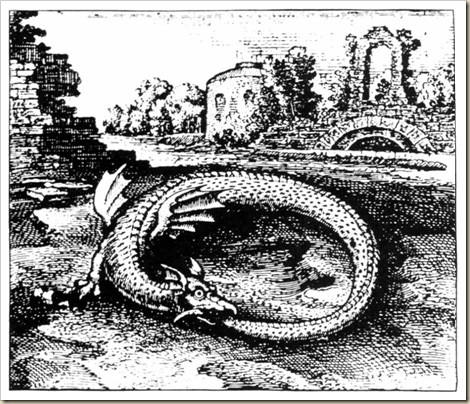 Now pick up the pieces of your head that just exploded and get back to me.

But do get back to me before the 18th of October, because I'll be speaking at BlissDom in Nashville about blogging about my everyday life, which I insist you will see yourself in, and which now includes traveling cross-country to talk about blogging.  Because that's normal everyday life, right?  Right.  Help me out here.  Come talk me down from the ledge.

*The "serpent eating its tail" images are referred to as the Ouroboros, symbolic of both infinity and, for our purposes, the circular argument.

New Here? Sign up for free delivery of new posts via feed reader or email.