No, there was no live feed of The People's Party.  As far as I can tell, Guy Kawasaki hijacked our video girl (which, yes, is just like "video killed the radio star") and I'm still crushed about it.  Guy!  I thought we were working together on this!  Man.
(I'm kidding.  I should probably spell that out.)

You know what else there wasn't?  Any more words after this next paragraph or two.  I am finally home after spending 24 hours straight in either an airport or an airplane.  Yeah...  um...  Yeah.  I was just like Tom 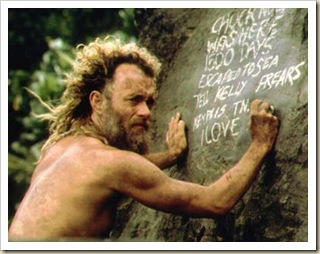 Hanks in The Terminal, though it felt much more like Cast Away.   After the ninth hour, I looked just like a castaway, too, inspiring vendors to give me free food and drinks.  Mostly because they wanted me to stop scaring off their customers.

If you are new here, maybe some of my regular readers can vouch for this blog in the comments?  If not, my sidebars are loaded with stuff to click, including great post-BlogHer posts by 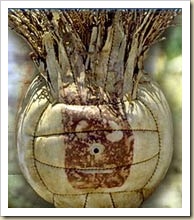 people that are not me.  Or, even better, because although I am too tired to type, I'm not too tired to read...

If we met this weekend for the first time, leave a comment with a link to your blog and give me  something to occupy my delirious brain that refuses to shut off and let me get some sleep!  Don't leave me hanging, though.  Twitter became like my Wilson at the airport...  I was doing a lot of talking and only imagining a lot of responses.  Maybe my brain will kick back on somewhere in here and I'll be able to write a real post.  Until then... Vouching and linking commencing...   now!

Welcome to the Hotel California

Sunday in San Francisco and I am sitting at an airport bar, drinking a peach martini, and staring down the clock with the knowledge that I have eight more hours to go before my flight.  Eight more hours, on top of the six that I have already been sitting here.

Welcome to the Hotel California.  You can check out any time you like but you can never leave. 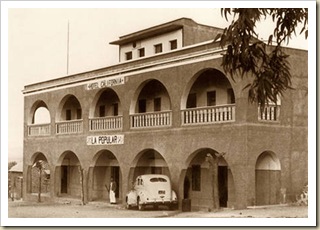 My San Francisco airport experience so far has included lost luggage, flight delays, flight cancellations, rebookings, rebookings on nonexistant flights, feeble admissions that those nonexistant flights apparently existed after all but are now booked, and resignations to the fact that I had best make friends with the staff of the Mission Bar & Grill or I'll lose the only table with a working electrical outlet that I can find.

That should buy me another ten minutes or so.

This has been a lovely weekend, The People's Party was a raging success, more so than we had anticipated (ahem...  there were free drink tickets and swag bags, but they flat out ran out), the sessions were so-so, but the people were beyond fabulous.  If I ever doubted once that there was such thing as community among bloggers, I know beyond a shadow of a doubt now that it is not a mirage.

I decided not to blog or twitter during BlogHer and that once home, I would write one single solitary post about it and then let it be.  But I find myself now in this strange limbo between BlogHer and home and feel justified to fudge a bit on that resolve.

Up ahead in the distance, I saw a shimmering light
My head grew heavy and my sight grew dim
I had to stop for the night

I will absolutely go to BlogHer next year, assuming that I am still blogging.  You never know.  Life.

It is worth it.  Perhaps not so much for the sessions, but for what you learn outside of the sessions.  So many times I would be heading to some conference room to learn how to become a wicked smaht blogger and get distracted by someone that I had been longing to meet.

It was in the hallways that I learned about blogging.

Did I have fun?  Yes.  Were there awkward moments?  Don't even ask me to elaborate, but yes.  Gah.  I don't know when to shut up.  Was it full of cliques?  I saw one or two, but I was so distracted by the different faces that surrounded me every day, that it was hard to believe that this was an issue.

The downside to this diversity is that I rarely spoke with the same person more than twice and more than 20 minutes.  From that perspective, I can see that some people could leave BlogHer feeling slighted by this woman or that, but you are looking at the wrong aspect of the experience, in that case.

By the end, I was utterly saturated and completely drained.

Yet full of joy.

Last thing I remember, I was
Running for the door
I had to find the passage back
To the place I was before

See you when I finally make it home.  If they ever do let me leave.

Dick and Jane: A Love Story

Did you see Velveteen Mind in your reader and got goose bumps?  If so, let me apologize in advance for this post.

I hate to disappoint you, but this is not Megan.   This is Mysterious Anonymous Guest Poster who wishes to remain anonymous.  I’m posting here at Megan’s today because there are reasons I can’t write the following story on my blog.

This is the story of Dick and Jane and their torrid love affair.

Dick and Jane met when they were in their early twenties and not as little children with a dog named Spot.  In fact, the Dick and Jane in this story aren’t even related, which is good because this would be a very sick story if they were.

See, Dick and Jane had a hugely intense and passionate relationship.  Like tragic love story intense, only no one dies and there are no medieval castles with balconies.

The narrator of this story guesses their story doesn’t technically qualify as a tragic love story since no one died, but the audience here is intelligent enough to catch the drift.  Boy/girl meet.  Boy/girl fall passionately in love.  Boy/girl are torn apart for this reason or that.

There was an irresistible attraction between Dick and Jane. Absolutely irresistible. To this day, almost two decades later, Jane can clearly recall the first time she saw Dick and the jolt she felt.  Hollywood could script a movie scene from the moment.  Jane was that love struck.

The narrator of the story is also sitting here right now with a Cheshire cat grin on her face at the scene that is in no way is a true story. *ahem*  While the sexual attraction was there, the narrator knows it was more than getting into each other’s pants.   The narrator also thinks it is safe to say the feeling went both ways.  There was this magnetism between Dick and Jane that the narrator finds difficult to put into words.

In fact, the narrator is having a hard time putting any of this into words and telling this story that is not based on her real life.  *ahem*

Jane fell madly in love with Dick.  Head over heels, foolishly, accidently, whole-heartedly in love.  She couldn’t turn her feelings off or stop it, though at times she desperately wanted to.  It was always there, overwhelming Jane, making her feel things she’d never felt before, and truthfully, has never felt since.

To make a long and complicated love story short (meaning the narrator will skip the steamy sex scenes, including the chapter on glow-in-the-dark condoms and the sweet nothings whispered in the dark), Dick and Jane didn’t make it.  Jane still doesn’t know exactly why they didn’t, they just didn’t, however heart-wrenching it was for her to have it end.   But end it did and messily, as all intensely passionate relationships must end.

The narrator surmises there is no other way such passion can end other than a traumatic and messy severing.

And seventeen years went by without Dick or Jane knowing what happened to the other.  It seems odd something so powerful that it couldn’t be resisted would end so abruptly and permanently, yet odd things happen every day.

Dick and Jane went on to live their lives in complete ignorance of one another until one day Jane stumbled across Dick on the internet.

On that fateful day Jane found Dick on the internet, Jane wasn’t sure what to do.  Should she contact him?  Both lovers have moved on in life, what’s the point?  Does she dare touch the healed wounds in her heart?  Jane knew she must be crazy to even consider it.

Jane has never prided herself on her sane actions.

It seems like the old saying of ‘history repeats itself’ holds true because Jane couldn’t help herself.   She contacted Dick.

(That’s the sound of Jane falling out of her chair as the last ounce of sanity she had flew out the window.)

What was Jane thinking? The narrator says who the hell knows.

(That’s the sound of Jane throwing her upper body out of the window and taking huge gulps of air to fend off the feeling light-headedness.)

In recent weeks, Dick and Jane have exchanged innocent emails.  They caught up on the major life events of the past 17 years – kids, marriage, jobs, yada yada.  But then, Dick wanted to ask Jane some things that couldn’t be asked via work email.  Dick wanted Jane to call him.  So she did.

(That’s the sound of any sense Jane had left flying out of the same window.)

Dicks’s voice hasn’t changed in 17 years.   He stills says Jane’s name the exact same way he did all those years ago.   Jane couldn’t help but smile to hear it and she felt that old familiar swelling in her chest again.  In just 30 seconds after hearing his voice.  After 17 years.

The narrator won’t tell what was said in the overall (and still generally innocent) conversation because it isn’t necessary to propel the story.  What is necessary for the readers to know is that Jane discovered she has blocked out their last night together.

While Jane does have some memory of that last heartbreaking night, her memory ends with the two driving in a car to some vague destination, Jane giddy just to be in Dick’s presence.  Jane knows something must have happened after that because that was the night that ended their love affair once and for all, but Jane didn’t know exactly what.

Dick did remember and he told Jane.

Jane should have realized wounds caused by the ending of such a torrid love affair always heal weakly and jaggedly.  But she didn’t.  Jane is a little naïve when it comes to the darker side of the heart.

Instead, Jane was completely unprepared for the sudden fissure that erupted in her.  As Dick retold the story, Jane began to recall flashes of events.   Just a flicker of memories from that night caused her breath to shorten, her heart to feel as if caught in a vise, and her face to grimace in long-forgotten pain.  Repressed memories began to surface and crack the walls she’d built to forget.

What has Jane done?

To be continued if the narrator feels Jane can withstand the debridement of this obviously poorly healed wound of the heart and Megan will tolerate this poor excuse for a melodrama to be on her blog again.