The pressure from not writing enough has created a physical urgency at the front of my mind.

I've been writing at Velveteen Mind for almost six years. Since January 2007. And the whole time? I've had an ulterior motive.

It took more than two years to admit to you that I want to write a book. But that isn't the ulterior motive. 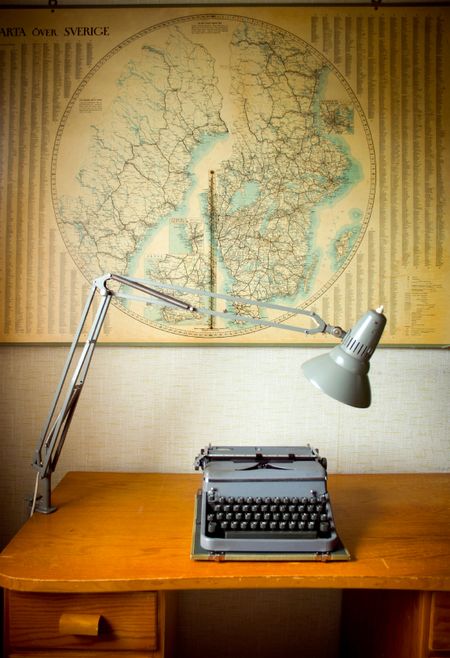 My friend Heather King from The Extraordinary Ordinary is tweeting me as I write this post. She knows what I'm writing about and is encouraging me to write this in the style of her Just Write meme, in which you don't self-edit, you just write. Such a romantic notion, I want to tell her, but I must destroy my words as I write them. "An army of critics throwing rocks in my mind" is my defense to her, my defense for why I can't just write.

Perhaps Heather would say that Just Write is a zombie apocalypse novel, too. A better one than mine, as in hers no one is stopping to kill every lumbering zombie along the path to the goal. Nor stopping to make sure the corpses understand why they were on the receiving end of the double-tap.

No, in hers, the players are focused on one goal and don't stop until they reach it.

I've been writing for nearly six years with one ulterior motive: To write well enough that a literary agent will ask me to write a book.

I want to be asked.

And then feminism died.

Should I stop and explain why I had to shoot it twice? In the head? I want to be asked to dance, even though I know I'm a good dancer and that any number of partners would be happy to accept my hand.

Not the empowered self-rescuing princess, then.

(The Army of Critics is shouting that this "happy to accept" noise sounds arrogant. I nod. Confidence in my writing ability has never been my problem... largely because I take uncertainty by the shoulder and talk it down over an excruciating amount of time. I talk it to death. That's my editing process.)

This is terrible, right? No amount of readers telling me to write a book would make me write a proposal and pitch an agent. Which means, in my mind, that I am squandering the interest of those incredibly patient readers and therefore that I probably don't deserve to write a book that would be read.

Being a writer is fun. Fun fun fun. Self-doubt is our crown. Self-sabotage is our weapon.

I am equal parts confidence and uncertainty. I am not alone. The purpose of this post is grounded in knowing that I'm not alone and that some of you are nodding your head at a sentence or five. So I'll just write it.

Something interesting happened seven months ago. And then I stopped writing.

I wrote a post seven months ago about something bad that happened. I wrote it quickly and impetuously and published it. Heather would have been proud. A lot of you shared it, for which I am so grateful. Then Lisa from Smacksy, a mutual friend of Heather's and mine, linked to it.

One of her readers emailed me.

And it was the email. The one I've always wanted to receive.

subject line: Representation (this can't be. is this what I think it is?)

Seven months ago I signed with the Einstein Thompson Agency. The agent who found me is named Molly Reese. She asked me to write a book.

I wanted to be asked.

And then I stopped writing. And I never told you that the one thing I wanted arrived.

In the meantime, I've seen several of you sign with literary agents. Some of you make the announcement the day you sign, posting shots of yourselves with pen in hand. Others write, "I've been dying to tell you that two weeks ago..." Two weeks? I was still rereading the emails two weeks later.

My mind doesn't work that way. I... process.

This one just took nearly a year to process. A lot of people could have written the freaking book in that year. No matter.

The one thing that I wanted arrived and I accepted it and I'm telling you because now it's time to be happy and excited and hopeful and holy hell focused.

I can't even tell you how good this feels. I still have decisions to make but for the past number of months I've systematically dissolved the more distracting elements of my working days. Every decision I've made has revolved around the core of writing and, more specifically, will this serve my goal?

If the answer was no, I eliminated it. Or began disentangling myself from it. 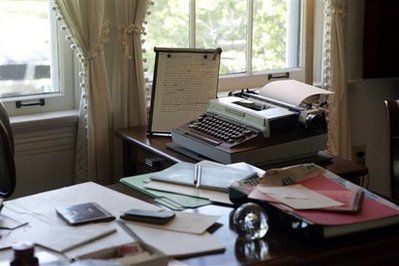 What do I want? Now that I have the literary agent, what do I want? I want to write and sell books. Not just write them, sell them. My dream is not to see my words in print or see my book on the shelf at Barnes & Noble (steady there, girl). My dream is for thousands of other people to hold my book in their hands and enjoy my writing. To find grounding tethers in my words or soothing elixir to draw a deeper breath.

Or just nod and laugh.

Thank you for convincing me. Ready? This won't be without challenge.