I turned 34 years old this week. 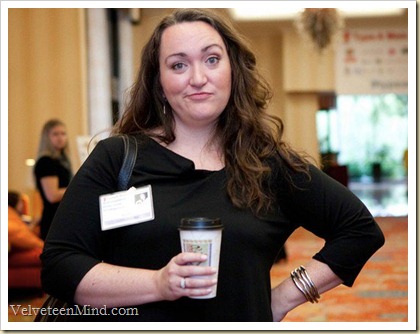 Without further ado, my laundry list (complete with lots of gratuitous photos of myself) detailing my blah blah reasons I’ve been too busy to post:

In October, I accepted the position of Content & Speaker Coordinator for this year’s

BlissDom, a social media conference held in Nashville.  Translated, I agreed to design and write the sessions, as well as choose and train the speakers for this year’s conference.  (That’s BlissDom co-founder, Alli Worthington, in the inappropriate photo to the left.)

In November, I announced the new editors of Story Bleed Magazine, the magazine I founded and publish as editor-in-chief.  We are in the middle of a soft relaunch of the rebranded site, formerly Blog Nosh Magazine.  We anticipate an official hard relaunch in January.  Last you heard from me, we were preparing for a twitter chat with our new editors.  It was a night of indulgent writer talk.  It was amazing.

It’s now December.  I haven’t written for Velveteen Mind in over a month.

During the month that I haven’t been writing, there has been a lot of discussion about Klout, a service that measures influence in social media.  According to the loose information we know about how Klout determines your “score,” my absence during the last month should indicate a significant lack of influence within my social media network.

You know, while I’ve been off of the social media networks’ radars, busy exchanging emails with some of the most innovative minds in social media today.  Reading their proposals, researching their blogs, watching their engagement.  At the same time, reading more new bloggers than I have in months, noting their interests and styles and approaches.

And it’s all been off the grid.

What I’ve learned is that no one can measure you.  Least of all ourselves. 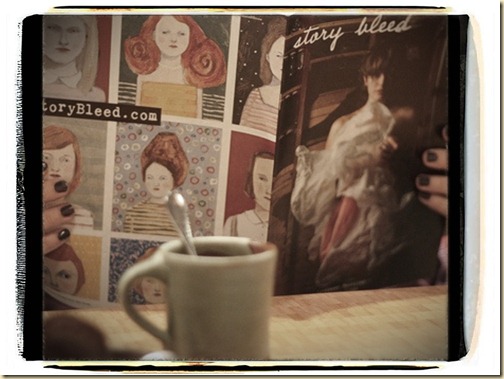 When I read submissions for Story Bleed, I read them in a bare bones dashboard.  Black words on a white screen.  No professional mastheads or lack thereof.  No Feedburner subscriber counts blinking at me from sidebars.  No indication of color or creed.  I make decisions based entirely on talent.  I have no idea if you have a beautiful blog, let alone a popular one.  I read your words.  I decide.

When I reviewed proposals for BlissDom from potential speakers, very little separated those of the “influencers” and those of the “newbies.”  Passion was found in a smattering of both.  Ignorance was found in a handful of both.  Creativity was everywhere and nowhere, innovation the glitter that caught my eye.  Common ideas abounded, wrapped in different packages.  Over and over and over again.  Some session proposals shared the exact same title, right down to the subtitle.  Several ideas so perfectly captured the tone of the moment, I rewrote sessions just to suit them.

What I learned is that no one can measure you.  Least of all ourselves.

Proposals from the most notable bloggers shared the same stark insecurity as those from bloggers that have never once stepped foot in a conference session.  “This is embarrassing, but…” slipped through my inbox every couple of days.  The message arrived in so many words:  I want you to pick me, but I’m embarrassed to ask. 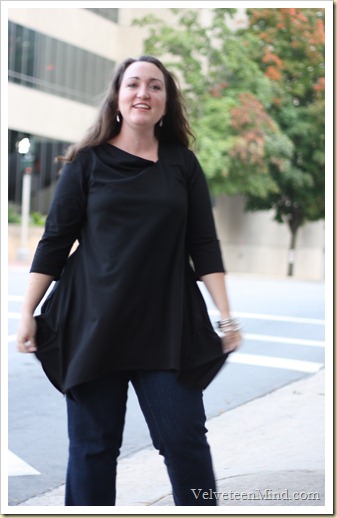 Pride.  I gots it, too.  I don’t want to have to pitch an idea to a conference, I want them to come to me!  There, I said it.  I’m not afraid to say it because so many of you admitted as much to me.  Thank you for that.  I know how you feel.

We want to be picked.

And it was an honor to have the opportunity to do it.

What I learned is that we should always ask for what we want.  The worst that can happen is not that we could be turned down, but rather that our idea is never given the chance for consideration.  More often than not, the decision will be far more complex than whether or not our idea was good enough or whether or not we are popular enough.  Sometimes it will be as elusive as the right phrase delivered at just the right moment, “influence” be damned.

The BlissDom sessions have been written.  The Wisdom Workshops have been constructed.  I used all of possibly three sentence fragments from various proposals, ensuring that an attached speaker was one that would be selected if I did.  The rest I wrote from scratch, based on tallied keywords that reflected what the community wanted.  I strung those keywords together with what I know to be true.  My grubby handprints embellish BlissDom’s pretty pink content with a vigor.

The BlissDom speakers have been announced.  They were the right choices for the right time.  My goal for my involvement in BlissDom this year is to reflect the evolution of our communal conversation.  Some speakers may be unexpected.  Those that are familiar will be sharing all but the familiar.  We change and grow.  Or at least we should.

Those that submitted proposals, I champion you.  The very fact that you stepped forward and risked rejection has singled you out among the crowd.  I alternately fought for you and failed you and own every decision.  Twice in the last week, I’ve referred to the list of speakers we could not include this year, looking to them first for developing opportunities, not necessarily conference-related.  See #’s 1, 4, 7, and 9 in my laundry list above.

Ask for what you want.  Always.  Be bold, breathe humility, embody your desires.

No one can measure you.  Least of all ourselves.  And we should really know better.