What happens when you don't protect your online photos... 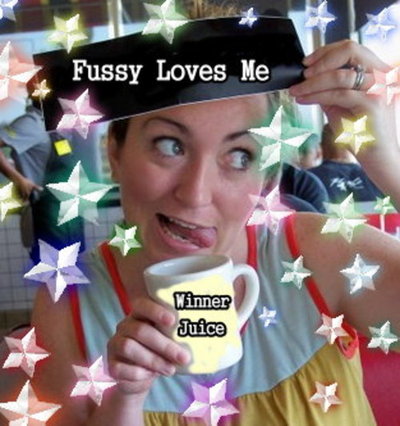 Indignation and Defiance. A Bad Ass and a Donkey Butt. 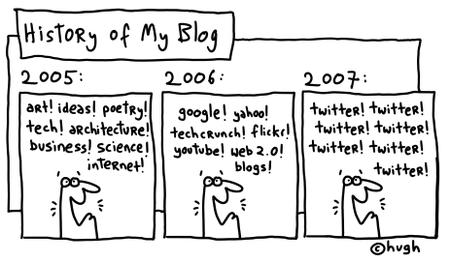 I forgot that I invited some company over.

Said company poked their head in, saw the mess up in this joint, and left me a smug note on the door to let me know that they were here and did not approve of what they had seen.  In fact, they told me that the "quality" of my work was not up to par with the rest of their "resyndication network" and I could keep my "Satan detectors in the loony bin" talk to myself.  Thanks for playing.  Buh-bye now.

Okay, they didn't actually say all that, but they did say something about "quality" and it wasn't that I was rocking it.  Granted, it was a form letter for their rejections, but still.  Apparently, I had submitted my blog to them for resyndication and forgot about it.  My name came up last week, they stopped by to check me out and see if Velveteen Mind was suitable for their network, and they found a bunch of off-color posts.  Oops.

I probably never stood a chance.  I failed to notice that they prefer posts that are "100-450 words in length."  Yeah, I might want to hang that one up.

Last time I checked, I don't write for the satisfaction of ass hats.  Nor for their approval.

All ass hats are now welcome to show yourselves out.  This is my house, mofos, and I won't be denied or rejected in my own house.  Okay, apparently I will, but I won't sweat it.  Okay, I will sweat it, but I won't internalize it.  Ya ass hat.

Remember a while back when I talked about being surprised at receiving the Nice Matters Award from Nell at meanwhile..., then again by Poot and Cubby, and finally by temporarily me?  I relayed the following conversation:

When I first saw it, this is what I told Nell:

Hey! Thank you! I am rarely called "nice." Too much attitude creates a force field around me that sort of makes that adjective just bump right off. I'm glad someone thinks I can be nice!

Nell's response, which I am totally holding her to:

I do think you're nice. But not in that goody two shoes way, more of a bad ass kind of nice. Maybe that's what the button should say...

Aaaawwww yeah.  She made the button.

Please tell me that doesn't rock?  I am Bad Ass Nice.

Seriously, though, Nell is the Bad Ass Nice one.  Did you read her Saturday Squatters guest post?  The girl is a kick ass writer.  Love her.  So, Nell, I am officially bestowing my Bad Ass Nice button right back atcha!  You are one Bad Ass Nice blogger and I hope you display this button proudly.

I also received another cool award a while back from Jenny at Absolutely Bananas.  She has mad Photoshopping Skillz, too, and pulled the following award out of her butt...  Her Donkey Butt, apparently.

An award "for blogs that rock your world.  Hard."   I loves me some Absolutely Bananas, so this was a real treat.

My world is currently being rocked by a blogger that I just recently found.  Total mom crush.  Total blog crush.  Total crush happening here at Velveteen Mind on moms are for everyone!

First of all, if I could look like Emery Jo for just one day, I think I would be happy.  Then her son's name is Ezra, which reminds me of our old neighbor in New Orleans who used to play in a band called Better than Ezra, so warm fuzzy feelings there.   Her husband looks like someone I would have dated, so yeah, more crushing.  Her blog looks like something I wish I had.  More crushing.  And her writing is not short but is sweet, in a sweeeeet! kind of way.   You know I love long blog posts.  Oh, and I can't forget that she has an eBay store featuring vintage clothing.  Ya'll, we are BFF already.   She just doesn't know it, yet.

She's also a singer-songwriter.  But I just found her, so I can't tell you if she sucks or not.  ;)  I'm betting not.

Isn't it fun finding a new crush?  I found mine on cre8buzz, by the way, along with a couple of others, one of which I plan to write about this weekend, so stay tuned.  Cre8buzz is about to go live, too, so ya'll let me know if any of you want an invitation.  I'll be writing about it more next week, but I am absolutely loving it so far.

Until then, that's a wrap on my party for today.  Continue raising hell in the comments.  Tell me about some of your new crushes.  Don't be shy...  do you have a crush on me?  Have you been lurking but afraid to come out?  Come on, tell me...  I'm a good blogger, you'll be glad you did...

*I reserve the right to pull these awards back out of my blog bling arsenal at any time I damn well please and pass them on to bloggers I want to recognize.  I still haven't given my nominations for my Thinking Blogger Award from a million years ago.  Ooh, and still have an awesome new Rocking Blogger button to pass around.  If there are some kind of crazy rules attached to these awards, you'll just have to deal.   Man, I better get crackin'.  And who has an "I (heart) Your Blog" award, because I so want one of those.

There's a party in my blog!  So yummy!  So yummy!  (That's right, I am insistent that Yo Gabba Gabba! is a rockin' show for the drunk toddler in you.  Do you still dare to defy me on this?)

Happy 100th post to me!  Or 101st post, but whatever.  Blogging Rules state that I am now obliged to post 100 things about me that you didn't know, didn't want to know, could care less about, and will probably skip with the hope that I'll stop posting about Bill Maher, boobs, and get back to regular posting soon.  Well, first of all, don't tell me what to do, and second of all, I'm not posting tomorrow, either.  Nope, it's the first day of my Saturday Squatters and I've got one of my favorite bloggers lined up, so you and Bill Maher can both suck it.  ;)

And now, because I fully expect many of you to skip this post (who doesn't love memes?  come on!) despite the fact that I am about to talk about such things as Barbie doing Ken and Satan detectors implanted into brains, I'm dropping my 100 things into the "continue reading" link and leaving you with this final thought on the magic that is Yo Gabba Gabba!