All that work and I don't get to be in the picture?

Two days before this 1919 photograph was taken of World War I R.A.F. Airmen, fellow airman Freddy Jackson, an air mechanic, was killed in an accident involving an airplane propeller.

The group squadron photo was taken the day of his funeral... Looks like Freddy was sticking around for the group photo op.   See him in the back row, four guys from the left?
His fellow airmen easily recognized him immediately upon seeing the photograph.

Ghosts love a Kodak moment just as much as the rest of us.

Watch me in the 1st episode of Ghost Hunting Moms! 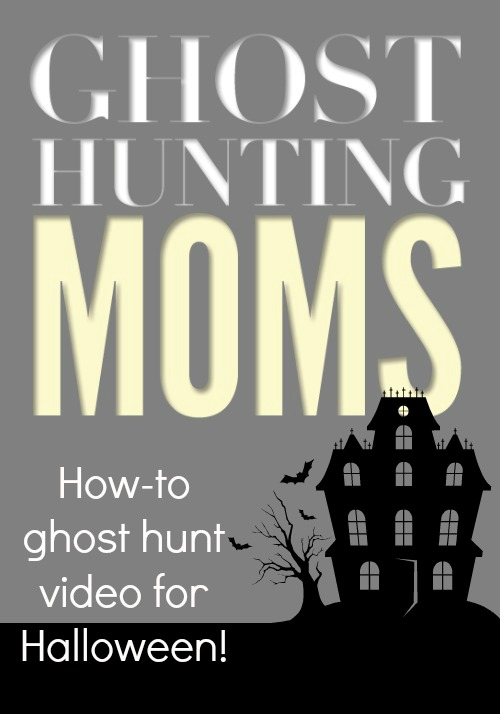 One More Day til Halloween from a simple apology by Mark Gleim

This Saturday Squatter guest post is brought to you by Mamma of Mamma Loves...

Finally, he was no longer a freshman. Though he could probably still pass for an eighth grader, he had survived his freshman year and was looking forward to this school year when he would eventually get his driver's license...and a car. It would still be a while before he shaved, or be taller than most of the girls, but he was no longer a freshman. He planned to spend the summer mowing lawns. A great workout and a good tan all while making money.

She was new. Just moved here from somewhere "up north." She didn't look like most of the girls in school. She was tall, she had long dark hair and she didn't wear any makeup. She didn't know anyone having moved there in the middle of the summer. She was desperate to have someone her own age to talk to...someone other than her sister that is.

Did they meet that summer? Did he mow her yard? Was it his friend who had the business? Did he just tag along? And if he tagged along, did he do it because he was bored or did he notice the new girl living in that house?

He probably remembers. She doesn't. One thing is for sure--they were in the same Algebra class that fall. She was still taller than he was,but he made her laugh.

At some point, they started taking walks around the neighborhood. They watched a movie at his house once. She doesn't really remember being inside it other than that one time...though there may have been others. He never really spent any time in her house either even though they lived in the same neighborhood. She did run over to his house the time it caught on fire. She was worried about him--about his family--more so than if it had been just any old neighbor,but she didn't tell him that.

She had a big crush on him her freshman year. There was some kissing...some other stuff...all pretty innocent. He bought her a few gifts. He visited her while she was babysitting, but they never became an item. She's pretty sure she made it clear she was interested. They may have even talked about it, but he wasn't--or at least that's what she thought. She was the girl from the neighborhood. She was a freshman...and he wasn't.

He didn't have a curfew. She didn't either as long as she was in her yard. Almost every weekend he drove by her house on his way home. His car's engine was so loud she could hear it rumble over the music playing in her room. And usually when she did, she'd head on out to the driveway to say hi. Sometimes they'd talk for a bit, a couple of times they fooled around, but many times they just talked...and talked. They shared stories of what they had done that evening. They talked about people they knew in common. She talked about the boys she was dating, and she listened as he fell in love.

His senior year he set his sights on a girl. By then he was tall and looked like he belonged in high school--even if he was barely shaving. In the beginning this girl wasn't so sure about dating him, but he was persistent. The girl finally realized what a great guy he was...probably by how far he was willing to go to get her to go out with him. When she finally said yes he was over the moon.

And the girl from the neighborhood? She was so happy for him. Maybe she was a little jealous too. He had turned into a man in those three short years, and she would have loved for a guy (maybe this guy?) to be as crazy about her as he was for this girl, but it wasn't the right time for her to say anything. He was happy. She had a boyfriend.  So, she listened and she smiled as he told her his plans.

Soon his senior year was up and he enlisted with the Navy. She still one year left until she left the neighbor too--only for college much farther than most of their friends would consider. She couldn't believe that his visits would stop soon, that she wouldn't hear roar of his car's engine roaring down her street. She'd get a lump in her throat every time she thought about it. She tried to tell him, but he was so excited to start his new life and to share it with his new girl. Besides, she was never very good with good-byes, so she smiled, she gave him a hug and she told him to be safe. A few tears rolled down her cheeks as she turned around that last night to walk into the house.

Letters came from all over the world. She was a senior now and not very good about writing back. But she loved to hear about his adventures. Whenever she heard stories about things happening on Navy ships she perked up her ears to make sure he was safe. He was her Navy connection and she knew it could be dangerous. She worried about him.

The next year she went away to college as planned. For a year or two they might find themselves home at the same time--around the holidays. There were a few more late night chats in front of her house--quick and secret ones because his girl wasn't so crazy about them...though they were just chats. They got to say hi though and visit. She got to hear his stories of the Navy and his plans for the future.

And then as time went by they just didn't see each other anymore.

She would hear about him from her mom from time to time. She heard he married that girl. She was happy for them. They were going to live in town. She moved away. She came home once or twice a year for a while but then less and less frequently. She thought of him more infrequently. She got married.

Many, many years went by.

Then one day she heard from a friend who said he saw him--and the biggest smile crossed her face. She hadn't realized how much she had missed him. How much she really considered him a friend...how much she did care about him. And she wondered how he was.